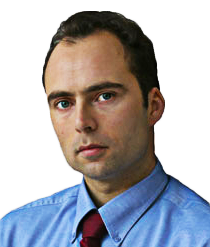 The tournaments are underway and the "Big Dance" isn't far off. Expect Ben to HEAT UP, effective immediately!

This play has a longstanding history of success and this year's version sets up just beautifully. This is what we've been all been waiting for. Make the most of it!

Make sure to join Ben Burns for his BIGGST Divisional play from March!

Ben Burns has been watching the UFC religiously since the days when one had to watch it on pirated VHS tapes. It shows in his success rate. Fresh off another win, this week, he's found a beauty worth of his FIGHT OF THE MONTH status. If you get involved in only one fight in all March, you should probably consider making it this one. ITS THAT GOOD!

Ben Burns is among the most respected handicappers in the world and he's ON ABSOLUTE FIRE. Don't believe? Grab a 3-DAY PASS and see for yourself!

Get one week of Ben's picks for a fraction of the normal cost!

ONE MONTH OF ALL BEN BURNS PICKS!

Get one month of Ben's picks for a FRACTION of the overall cost!

Here's your chance to find out why many consider Ben Burns to be the best around!

This subscription includes EVERY CBB PREMIUM PICK I release through the end of the NCAA Tournament! Join now and start cashing in on more winners!

*This subscription currently includes 3 NCAA-B picks but more may be added during the term of the subscription.

Ben Burns made his name in the NHL. Sharps know he's considered one of the top on the "ice" on the planet!

*This subscription currently includes 1 NHL pick but more may be added during the term of the subscription.

In "Outliers," Malcolm Gladwell asks the question: "What makes high achievers different?" Gladwell suggests that those at the top of their field have a number of similarities - that their upbringing (culture, family, what generation they came from, experiences) had much to do with their success.

As a professional sports handicapper, Ben Burns is widely recognized as being "at the top of his field." A look at Ben's upbringing shows that he fits Gladwell's model to a tee.

Exposed to the world of point spreads early and often as a child, Burns reached adulthood as the Internet was first beginning to explode, just as the first offshore sportsbooks were springing up. By that time he'd already spent thousands of hours learning and studying stats.

From an early age it became apparent to family and friends that Ben wasn't a "typical" fan. At age 11, he was mentioned in a major newspaper (Toronto Star) for correctly predicting a high profile trade before the Major League Baseball trading deadline. (Winner of the contest got tickets to the All Star game.)

Ben's father and uncles were always involved in a weekly NFL (ATS) pool. Some of Ben's earliest memories included that pool and his fascination with it. As soon as he was allowed to play, Ben demonstrated an uncanny ability to surprise the adults. Around this time, one of his uncles moved his casino business to the Caribbean. This was the environment which he came from.

The caption underneath Ben's high-school graduation photo references Ben's love for betting on football. That's because he was famous throughout his school for annually winning the local football contest, along with the $1700 per year which was awarded to the champ.

Coming of age right as the first sports books were coming online, Ben was fortunate to enjoy some success with his some of his early online sports betting endeavors. He did so well that the first shop he ever played at ended up refusing to take his hockey bets.

Also, in the very early days of the Internet, Ben won an NBA playoff contest, put on by a company which was called NSS.net. The contest victory awarded him a trip for two to Las Vegas, $1000 cash, a limo at his disposal, free shows, hotel and live sports odds for a year. Not a bad prize for a kid in his early 20s. However, the bigger prize was that Ben was exposed to the world of "professional sports handicapping." Inspired by his personal success and encouraged by his peers, Ben first made his picks available to the public in 1998.

From the years of 1998-2007, Ben's selections were independently documented at one of the Internet's earliest and most respected sports monitors, Big Guy Sports. During that time, Ben earned literally dozens of documented Top 3 finishes in football, basketball, baseball AND hockey, including numerous #1 titles. Competing against a field of 150 of the biggest names in the industry, he ranked as the #1 NFL handicapper in the existence of that sports monitor, in their All-Time rankings.  No competing handicapping service ever came close to matching his NFL record. In fact, Ben also ranked as the #1 combined NFL/NCAA football handicapper.

A big part of the reason for Ben's #1 NFL titles was his annual success in the playoffs. He fared particularly well with his Super Bowl selections. In fact, from 1999-2007, he released 10 Super Bowl picks (3 Sides, 7 totals) and went a perfect 10-0. (All selections independently documented.) In the middle of that 10-0 streak, in the 2002-2003 season, Ben won with both the Bucs and the "over" the year that they beat the Raiders. That win was particularly sweet as he predicted that Tampa would win the Super Bowl in a number of national magazines, prior to the season even starting.

Ben got pretty seriously into the DFS world in 2014 and 2015. Recently, he was featured as "The High Roller" in the 2015 documentary, "Living the Fantasy." A regular fixture at Fan Duel and Draft Kings live championship events, Burns has taken down 6-figure scores in football, basketball AND baseball. While many of the other prominent DFS players come from a poker background, two decades as a sports handicapper provide a unique perspective.

The year has just begun but Ben has already enjoyed some notable wins. His "Bowl Game of the Year," which happened to be a total (WVU/ASU "over") saw the teams combine for 85 points and 1196 total yards, all of them in regulation. Closing out the campaign with wins on Clemson AND the "over" in the championship game was also rewarding.

Bruce Lee noted: "Man, the living creature, the creating individual, is always more important than any established style of system." Lee was known to talk about being shapeless, formless (like water) and ready to adapt to any situation. Likewise, Burns doesn't rely on any one particular methodology. Rather, he combines fundamental, technical and situational techniques, making use of any and all data, which he deems relevant to the situation.

Ben does tend to pay particular attention to the 'situational' side of things. Among numerous other factors, this includes trying to determine when (and why) a team will be extra motivated ("pumped up") to play its best and also when a team may be ripe for a "letdown." Burns has a contrarian nature and this trait is often revealed in his selections.

Ever adapting, Burns is just as likely to take points as he is to lay them. Over the years, he's played more "unders" than "overs" but that doesn't mean that he won't pull the trigger on an "over" when the time is right to do so. While many handicappers shy away from playing MLB/NHL favorites on the money-line, Ben has proven that one can be highly successful by doing so. For him, it’s all about value. If he can get a team at -130 that he likes and that believes should be -160, than that's a play.

Rating and Titles of Plays

Ben uses a scale of 5-10 to show his level of confidence with each play. Plays may include "titles" in order to give users a better idea of what to expect. Some of those titles include:

Personal Favorite - Strongest favorite (or pick'em game) in that sport for the day.

Best Bet - Strongest underdog (or pick'em game) in that sport for the day, occasionally can be a total.

Blue Chip Total - Strongest rated total in that sport/category for the day.

Main Event - Big play which is featured on national television.

Game Of The Week/Month/Year - Top rated side or total for that particular week/month/year.