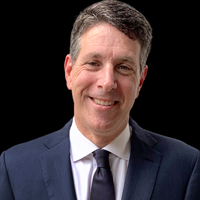 Al McMordie's 20-9 after cashing the Yankees against the Mariners on Monday.  Now, for Tuesday, Big Al's firing on an MLB Division Game of the Year, backed by a super 17-5 situation.  Don't miss out on the hardball $$$$.  Hop on board right now!

Start winning TODAY! Join right now to get 7 DAYS OF BIG AL'S SHARP SELECTIONS IN ALL SPORTS (College and Pro Football; College and Pro Basketball; Baseball; Hockey; and major Horse Races).  You'll get all the picks and analysis delivered conveniently to you online.  Don't miss a single winner.  Join now.

*This subscription currently includes 1 MLB pick but more may be added during the term of the subscription.

Start winning TODAY! Join right now to get 30 DAYS OF BIG AL'S SHARP SELECTIONS IN ALL SPORTS (College and Pro Football; College and Pro Basketball; Baseball; Hockey; and major Horse Races).  You'll get all the picks and analysis delivered conveniently to you online.  Don't miss a single winner.  Join now.

*This subscription currently includes 1 MLB pick but more may be added during the term of the subscription.

At 7:10 pm, our selection is on the Atlanta Braves over the Boston Red Sox.  The Red Sox took an odd approach at the recent trading deadline feeling that they could still compete for a Wild Card spot.  They didn't want to be sellers and trade away veterans like JD Martinez or Nathan Eovaldi but they also didn't want to be big buyers because that would mean parting with quality prospects.  In case they're wrong about getting to this year's post-season, that could be a disaster.  From my perspective, they're not only wrong about having a chance of the post-season, they appear to have been drinking some strange Kool-Aid.  Just how bad has Boston been since the deadline?  How about a 1-4 record including a series loss (1-3) to the lowly Royals.  Things get much tougher this week with a visit from the Braves.  Charlie Morton kicks things off for the visitors.  Morton has struggled a bit lately, but he's still a dangerous veteran RH on the mound.  He's had quality starts in five of his last nine outings, and he's 4-0 with a 2.89 ERA in five starts at Fenway Park covering 28 innings.  In contrast, Rich Hill has only had two quality starts in his last 10 starts.  Finally, the Braves are 5-1 in the last six meetings here in Boston, and they're 12-1 off back to back losses.  Take Atlanta.  As always, good luck...Al McMordie.

At 8:10 pm, our selection is on the Milwaukee Brewers over the Tampa Bay Rays.  The Brewers got a boost last week from the return of RHP Freddy Peralta.  Peralta hadn't pitched since leaving a start against the Nats early on May 22 with an injury.  He came off the IL last Wednesday to face the Pirates in Pittsburgh and was obviously rusty, lasting just 3 2/3 innings.  I expect a much better performance tonight back at home in this inter-league game vs. the Rays.  In 55 career games here in Milwaukee -- 28 starts -- Peralta is 17-8 (68%) with a 3.44 ERA and 1.04 WHIP compared to 12-7 (63%) with a 4.47 ERA and 1.28 WHIP in 52 games -- 31 starts -- on the road.  The Rays have never seen Peralta before, but he's done some good work in inter-league games, posting a 3.73 ERA in 17 games -- 6 starts -- vs. teams from the AL.  The Brewers are also 5-1 in the last six meetings with the Rays, including 2-0 in a short series earlier this season in St. Pete.  Take the Brewers.  As always, good luck...Al McMordie.

Al McMordie is the most honored technical sports handicapper in the country, with 48 handicapping championships since 1992.Active since:  1992Location:  Los Angeles, CAAl McMordie is the most honored technical sports handicapper in the country.  Overall, in the last 30 years, Big Al has garnered 48 NUMBER ONE awards in football, basketball, baseball and hockey; 207 Top 5 finishes; and 398 Top 10 finishes.  Al is a featured handicapper at the most prestigious gambling web sites, and was a panelist on The Winning Edge and Proline Television shows from 2001 through 2010.  Additionally, in 2002, Big Al was featured in FHM Magazine, and he was featured in ESPN Magazine in 2010.Some highlights:In 2022, Big Al ranked #1 in NBA/NCAA Basketball Combined win percentage, return on risk, and net profit at SportsWatchMonitor.com, with a 469-392 record; and #2 in NBA Regular Season return on risk, with a 9.09% ROI.In 2021, Big Al ranked #1 in NBA/NCAA Basketball Combined win percentage, with a 315-246 record; #2 in NCAA Basketball with a 157-115 record, and correctly forecast in the preseason that the Milwaukee Bucks (at 13-2 odds) and Baylor (at 12-1 odds) would win the NBA and NCAA championships, respectively.  In 2020, Al predicted before the season that the Tampa Bay Lightning (at 7-1 odds) and Los Angeles Dodgers (at 4-1 odds ) would win their respective championships.  In 2019, Al forecast that the Washington Nationals (at 18-1 odds) and Virginia Cavaliers (at 22-1 odds) would win championships.  In 2018, Big Al ranked #1 in NFL Net Wins, with a 72-48 record, as documented by The Sports Monitor.  Al also correctly predicted the Golden State Warriors would win the NBA title.And from 2012, when he also ranked #1 in the NFL with a 76.7% record on his Late Phone Service (as documented by The Sports Monitor), through 2020, Big Al’s won 9 straight NFL seasons.  In 2017, Al finished #1 in the NHL, and also ranked #1 in the NHL in 2014.In 2017, Al correctly predicted the Houston Astros (at 10-1 odds) would win the World Series.In 2017, Al hit another NBA futures pick with Golden State (at -125) to win the championship.In 2015, Al also finished #1 (of 1727 entrants) in the Westgate Casino NFL Mini-Contest, and #2 in NCAA Football in 2016 (at both The Sports Monitor and Handicappers Watchdog).In 2014, Al forecast the San Antonio Spurs (at 14-1 odds) would win the NBA title.In 2012, Al won his futures prediction on the Kentucky Wildcats (at 11-2 odds) to win the NCAA basketball championship.In 2011, Al correctly predicted the Green Bay Packers (at 10-1 odds) would win the Super Bowl.In 2009, Al predicted the New York Yankees (at 5-2 odds) to win the World Series.In 2007, Big Al won the $100,000 World Series of Sports Handicapping, and also finished #1 in NCAA Basketball March Madness.In 2004, Al won the most prestigious handicapping contest in Las Vegas -- The Stardust Invitational.In 2000, Al was 157-114 in football, including 10-0 (100%) in the NFL Playoffs.  Al has won 22 of his 30 football seasons.  Another highlight of Al's career came in 1997, when Big Al was ranked #1 by SPORTS WATCH in NCAA Football/NFL Win Percentage, and #1 in NCAA Football Regular Season/Bowls by THE SPORTS MONITOR.  Al has one of the best basketball records over the past 30 seasons (winning 22 of 30 seasons), and was ranked #1 in baseball for the 1996 and 2001 seasons.  For consistency across all four sports, you can count on Al McMordie.Indeed, the Las Vegas Sporting News recognized Al in its December 17, 1996 issue, and wrote that: "[Al's] honesty, integrity, [and] skills...are obvious....We have been impressed by [his] uncanny ability to pick big underdogs that win the game straight-up....We've seen handicappers come and go, and get hot and cold, but no one has been as consistent over time as McMordie, and we strongly urge you to consider him as your handicapper."Besides being a champion handicapper, Al McMordie is a corporate attorney, and earned his undergraduate and law degrees from the University of Michigan.  Al resides in Los Angeles, California.