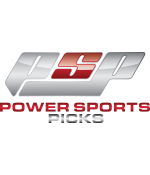 After COMPLETELY dominating April, it's been MORE OF THE SAME for Power Sports here in May! He's 47-27 L74 in ALL sports and now up $26,118 overall since April 1st! What are you waiting for? Subscribe today!

Power Sports has had a disappointing start to the week, going 1-2 overall both Monday & Tuesday. But there's no reason to "sound the alarm," especially considering the fact Power is still up $25,185 in ALL sports going back to April 1st! Last month was TREMENDOUS and there's still a good chance May ends up being even MORE PROFITABLE! You in?

It's been a disappointing start to the week for Power Sports as he's gone 1-2 overall each of the L2 days. But he did win Tuesday's lone 10* play and that was a total (Over Reds-Guardians). For tonight's WCF Gm 1, Power has ANOTHER TOP RATED *10* total! He's 6-1 L7 NBA totals!

While he's a PERFECT 7-0 L7 in the EPL, another big reason for Power's soccer success is his ability to DIG DEEP. Thursday's 1st leg of the Bundesliga Relegation Playoff is his *10* GAME OF THE WEEK!

The time has come for yet another ~SIGNATURE~ *10* ULTIMATE POWER release. No further instructions needed here. It's just time to U-N-L-O-A-D!

With this subscription you get EVERY SINGLE PLAY released for the day of your purchase.

*This subscription currently includes 2 picks (1 MLB, 1 NBA) but more may be added during the term of the subscription.

With this subscription you'll get every single play released for 3 consecutive days!

Get every play for 7 days from Power Sports!

EVERY PLAY for the next 30 days from Power Sports! **BEST VALUE**

Get EVERY winner for the next 30 days!

*This subscription currently includes 1 Soccer pick but more may be added during the term of the subscription.

Guaranteed to show a profit or you get an additional 30 days of Soccer FREE!

Power Sports is the #1 ALL-TIME RANKED UFC handicapper at this site! He has DOMINATED the Octagon for YEARS!

Power has a play on virtually EVERY UFC card and this package ensures you'll get EVERY WINNER for an entire month! What are you waiting for?

Guaranteed to show a profit or you get an additional 30 days of Fighting FREE!

This package gets you every play in every sport for a full 6 months! The ultimate package for maximum action and the biggest winners in the industry! PROFIT or you will receive an additional 180 days of all sports picks ON US!

**#1 RANKED NFL HANDICAPPER LAST SEASON** You'll learn how the pros make a living via sports betting with EVERY PLAY released over the next 365 days. We are so sure we'll profit that we GUARANTEE it with another YEARLY package if we don't end the season showing you a profit.

This subscription includes EVERY NBA PREMIUM PICK Power Sports releases through the end of the NBA Finals! Join now and start cashing in on more winners!

*This subscription currently includes 2 NBA picks but more may be added during the term of the subscription.

9* Atlanta (1:10 ET): This has (predictably) been a low-scoring series with the two teams exchanging shutout victories. Milwaukee took the first game 1-0, but then Atlanta returned the favor last night with a 3-0 win. Runs figure to be scarce once again this afternoon as the starting pitching matchup is Max Fried vs. Corbin Burnes. Both pitchers have sub-1.00 WHIPs and have looked dominant in the early going. However, I’m siding with Fried and the Braves on Getaway Day. Milwaukee should not be this large of a favorite in a game where they figure to not score many runs. (They’ve only scored 1 run in the series!)

Looking at the individual numbers, you’d figure BOTH of these starting pitchers would have better won-loss records. Fried is 4-2 in seven starts (4-3 TSR) with a 3.14 ERA and 0.977 WHIP. He’s been dominant in two road starts, producing a 1.38 ERA and 0.462 WHIP. Fried has allowed 1 HR in four straight starts and is coming off his worst outing (allowed four runs to SD), but previous to that it had been four straight quality starts where he allowed only four runs total in 26 IP. One of those came against Milwaukee, whom he held to one run and four hits over 7 IP in a 3-2 win.

Fried outdueled Burnes that day. Burnes allowed two runs in six innings, though one was unearned. Burnes has not allowed more than 2 ER in any start this year and has a 1.77 ERA/0.788 WHIP. But here is where things get tricky for the Brew Crew. Burnes has a 10.88 ERA in five career starts vs. Atlanta. He’s not going to get much run support here as Milwaukee’s only run this series came on a wild pitch and they are 4-8 vs. lefties. Not only did yday mark the fourth time the Brewers were shutout this season, but they have been held to three runs or fewer 16 times. Atlanta has the edge in the bullpen as well. 9* Atlanta

6* Tampa Bay (1:10 ET): After surprisingly dropping the opener of this three-game series with the Tigers (3-2), the Rays bounced back with a convincing 8-1 last night. While Detroit has been better of late (had won four in a row going into Tuesday), three of the wins came at home vs. Baltimore and the team still has the worst overall record in the American League (13-24) and a -39 run differential. Tampa Bay, who won 100 games last season, has its eyes on another playoff appearance as they are 22-15. Today they are sending their best starter to the mound. It’s a big price but lay it.

Drew Rasmussen already has a 6-1 team start record for the Rays to go along with a 2.67 ERA and 0.921 WHIP. The team has won each of his last five outings with Rasmussen allowing just five runs total. This looks to be a very favorable matchup for the right-hander. Not only are the Tigers hitting just .213 on the road, they are averaging only 2.3 runs in those games. That rpg average is last in all of baseball. The Detroit lineup has collected only 13 hits in the first two games of this series while drawing zero walks. This being a day game also works to the Rays’ advantage as they are 9-5 in the afternoon while the Tigers are 7-13.

The Tampa Bay lineup has been pretty good against lefties so far, thus I expect them to get to Tigers’ starter Eduardo Rodriguez. It’s been a solid start to the year for Rodriguez, but he’s yet to face a lineup this effective vs. southpaws. TB has faced him many times before (Rodriguez used to pitch for Boston) and has hit .281 off him (with 12 HRs and an .861 OPS) in 13 matchups. Rodriguez has gone just 2-4 in those 13 starts with a 5.21 ERA. He’s not going to get much run support today and the Tigers are 0-5 this season as a road underdog of +125 to +175. 6* Tampa Bay

The time has come for Bryan Power to EXPAND! Having achieved a tremendous amount of success, Power is expanding his reach in 2015 as he proudly announces the formation of Power Sports Picks (that's "PSP" for short). Power Sports Picks promises to deliver the same quality analysis (and same amount of winning) as before, only now with a FULL TEAM assembled, the SKY IS THE LIMIT!