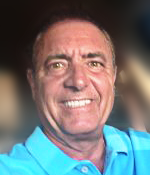 With this subscription you get EVERY SINGLE PLAY released for the day of your purchase. If your day does not show a profit, you will receive another day for free!

7 days All Sports subscription
Looking for some great value? Pick up a weekly package and get SEVEN DAYS full days of picks! It's easy to see why this is one of the most popular choices on the site. You will profit or you will receive an equal subscription for FREE!
7 Days All Sports
Buy Now
GUARANTEED!
Price: $174.95

30 days All Sports subscription
SAVE A TON of money with a 30 Day subscription! You'll literally pay a fraction of the cost by signing up for a full month instead of making a single purchase each day! We guarantee you'll make a profit or you will receive an equal subscription for FREE!
30 Days All Sports
Buy Now
GUARANTEED!
Price: $349.95

90 days All Sports subscription
This package gets you three months (90 Days) of all picks in all sports! PROFIT or you will receive an equal subscription for FREE!
90 Days All Sports
Buy Now
GUARANTEED!
Price: $599.95

Guaranteed to show a profit or you get an additional 90 days FREE!

180 days All Sports subscription
This package gets you every play in every sport for a full 6 months! The ultimate package for maximum action and the biggest winners in the industry! PROFIT or you will receive an ADDITIONAL 180 DAYS of all sports picks ON US!
180 Days All Sports
Buy Now
GUARANTEED!
Price: $799.95

365 days All Sports subscription
You'll learn how the pros make a living via sports betting with EVERY PLAY released over the next 365 days. We are so sure we'll profit that we GUARANTEE it!
365 Days All Sports
Buy Now
GUARANTEED!
Price: $999.95

This subscription includes EVERY NBA PREMIUM PICK I release through the end of the NBA Finals! Join now and start cashing in on more winners!

Cardinals over Brewers- This could end up a great pitching match-up as the Brewers will send Eric Lauer (4-1, 2.16 ERA) to the hill and St, Louis will counter with veteran Adam Wainwright (5-3, 2.87). Wainwright who allowed just three runs in 20 innings while winning his first three starts this month is 20-13 with a 2.69 ERA in 50 career appearances against Milwaukee, including 43 starts. Last year he was 2-1 with a 3.62 ERA in five starts against them. Lauer is 1-1 with a 7.90 ERA in four career appearances against the Cardinals, including three starts. Take ST. LOUIS!

White Sox over Red Sox- It looks like Boston's Michael Wacha (3-0, 1.76 ERA) has come back to the big time for the first time in over three years as he has allowed just 17 hits in 31.2 innings. In six starts he has yet to surrender more than four hits. Like Wacha, Dallas Keuchel (2-4, 6.60) would like to make a come back of sorts off his early season performances this year. Aside from a 5-inning no-run outing against the Yankees (who battered him for six runs in 4-innings his next time out and he has been abominable. But the Red Sox are 1-4 in the last five meetings and the White Sox are 8-3 in their last 11 games against teams with losing records. Take CHICAGO WHITE SOX!

Athletics over Rangers- Texas' Martin Perez (3-2, 1.84 ERA) has been exceptional in his last six starts highlighted with his first career complete game shutout of Houston last time out. Oakland's mainstay Frankie Montas (2-4, 3.55) has been better but doesn't deserve what he has been handed as his mates have scored one run in four of his last five starts. The A's actually start the day with more wins than the Rangers and increase that margin here. Take OAKLAND!

Mavericks (+) over Warriors- If you are anything like me your first thoughts (at least mine were) about Game 5 was that Golden State would put it together after their poor effort in Game 4 at Dallas. The difficulty I have with this one is that I expect heavy action on the Warriors and they have enough room to win under the 'number.' Mavericks are 21-10 ATS in last 31 on the roads against winning teams and the Warriors are 7-15-1 ATS I their last 23 games following an ATS loss. Somehow, someway it's...DALLAS!

Chip Chirimbes, the Las Vegas Hilton Handicapping Champion, has been a mainstay in the Sports Handicapping industry for 30 years. Here are some of the highlights of his career. For eight years Chip hosted his own nationally syndicated sports television show. In 1978 Chip created a first of its kind ‘live’ sports handicapping television show, The "A-Play Sports Handicapping Show "out of New York City", where the viewers could ‘call-in’ and interact with Chip and his special guest handicappers. Paul ‘Chip’ Chirimbes appeared ’live’ weekly for CNN/SI for six years over 300 appearances from 1995-2001 as Las Vegas’ expert voice for weekend events where he handled viewer questions and gave his analysis. He appeared from September 1987 -December 2006 on USA’s Proline. As one of the foremost experts in sports, Chip has been quoted in many national publications including the Wall Street Journal, New York Times, USA TODAY, SI's Sports Weekly and countless others. Chip has appeared as an expert analyst on Yahoo's "Ahead of the Game", the Nation's only live streaming interactive sports show on the web! Chip is known as the "Big Play Handicapper", earning that name by his ability to consistently win his biggest plays! Chip is a New York University graduate with a Masters Degree was educated at the University of Kyoto in Japan, Uppsala University in Sweden and Copenhagen University in Denmark. A high school teacher, he was a head Baseball and assistant football coach as well as a certified NCAA Basketball official. After eight years of teaching and coaching, Chipper created his professional sports service called The A-Play. Chip has hosted and produced a number of successful Radio and Television programs since 1982, including ‘live’ shows from the Las Vegas Hilton, Stardust, Sunset Station, Bally’s, MGM, Imperial Palace and Palms Hotel. Here's what the Nation's media has had to say about Chip Chirimbes: Dan Rather, CBS Evening News- "Sports expert Chip Chirimbes won 73% of his Best Bets and 63% overall in the pro's, putting him at the top among established handicappers."CNN/fn-"Sports handicapping is an art and Chipper is a man who understands that art. Now we can know what an expert thinks."Gambling Times- Called Chip Chirimbes… “a class act and a true professional whose reputation for honesty and integrity precedes him.”Show Business Magazine- "Chip Chirimbes blends his gambling intuition with a thorough knowledge of sports, the result is the most informative sports show on television."New York Times-"Chipper Chirimbes is 'The Handicapper' who provides winning insights into major sporting events."Wall Street Journal- "...the professional handicapper in Las Vegas who’s most confident picks are labeled 'Blue Chip' specials."Fox Sports Network- ‘Chip Chirimbes is one of the Nation’s leading football handicappers year-in & year-out he’s the ‘most consistent’ of the respected Vegas Players. Chip lets his records speak for themselves: 2000 Las Vegas Hilton March Mania Champion 1999 Other March Mania results- 4th place,1997-6th place.1996 Round 1 winner 13-3, 12-4, 25-7 78% overall first round record.2001 Stardust Invitational NCAA Basketball Best Bet leader 8-2 80%. Recent accomplishments include: 2009 NCAA 'Guaranteed Plays Leader' 73% (16-6) 2007-08 NCAA BK Members +1,450 (#2 Overall) 2007-08 NFL Members +1,805 (#3 Overall) 2007 MLB Guarantees +1,284 (#1 Overall) 2006 MLB Members +1,711 (#1 Overall) 2005-06 NBA Money +1,988 (#1 Overall) 2005-06 NCAA BK Money +1,280 (#2 Overall) 2004-05 NCAA BK Money +2,680 (#1 Overall)