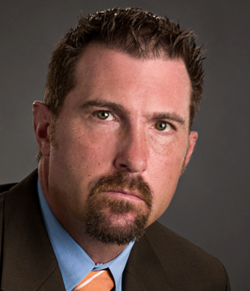 This is one of the MOST POPULAR subscriptions sold on Saturdays during the football season and every day during baseball season. With this subscription you get EVERY SINGLE play in EVERY SPORT for 3 straight days with nothing more to buy!

Fargo's 7-Day Pass This is the best way to see what Matt Fargo is made of! Receive every play in every sport backed by his expert analysis for an entire week! You won't miss any of the action for 7 Days so check it out now with this not to miss package!

You asked for it and here it is! Get every play released from Matt Fargo for for next 30 days. Just in time for Summer action leading up to another MASSIVE Football Season. This includes every play in every sport so build your bankroll while saving a ton!

Get every NFL release for a full 30 days and you're bankroll will be in better shape than ever!

Guaranteed to show a profit or you get an additional 30 days of NFL FREE!

This subscription includes EVERY PREMIUM PICK released for the next 90 days! If for any reason you don't see value on the day's card and pass, another day will be added to your account. Join now for only $6.67/day and start cashing in on more winners!

Guaranteed to show a profit or you get an additional 90 days FREE!

This package gets you every play in every sport for a full 6 months! The ultimate package for maximum action and the biggest winners in the industry! Grab it now which leads into another profitable football season! Get on it!

Get access to ALL of Matt's picks, analysis and advice for 365 days.

It has been an incredible season in the NFL and we are far from done. Fargo is coming off a 4-2 winning Week 14 to make it 12 for 14 profitable weeks this season and he looks to extend his NFL Primetime run of 19-3 here! This run is put to the test on Monday to also add to his 46-28-1 NFL run and his 55-33-1 record in the NFL YTD! He has his Monday Primetime Dominator to close Week 15 that WINS WITH EASE!

One of the best times of the year in sports is upon us! College Basketball is red hot so do not miss a single play and get every release right through the Championship game!

The NBA season is back soon and Matt is ready for another big season! The NBA has been one of his favorite sports throughout the years! Matt is ready for a MASSIVE season that is full of profits so take full advantage! 72-58 (+$9,380) Last NBA Regular Season!

The NHL season is back and Fargo is ready for another profitable season! He is looking for HUGE profits in the playoffs and the NHL has been off the charts the last few years as he is a SMOKING 310-265 +$21,261 since 2017-18!

This is a play on the MEMPHIS GRIZZLIES for our NBA Tuesday Supreme Annihilator. After a 0-5 roadtrip, Memphis returned home to record a 12-point win over Indiana but has since lost three straight games including two rare home losses where it is now 21-5, still the second best home record in the Western Conference. We were on the Grizzlies in the last game against Toronto as they blew the cover late getting outscored by 11 points in the fourth quarter. It was a bit of a bad break as Ja Morant was a late scratch with a wrist injury and while he is questionable here, he should be ready by all indications. Chicago is coming off a win against San Antonio which was a close game until the Bulls doubled up the Spurs 38-19 in the final quarter for the easy cover. They now hit the road where they are 10-16 and are now in a tough back-to-back travel spot where they have gone 0-2 in the first two home to road instances this season. Chicago is just two games out of missing the playoffs altogether so while each game is big, this is an awful spot to snap its 1-4 run on the highway. Here, we play on favorites of 3.5 to 9.5 points in the second half of the season after going under the total by 42 or more points total in their last five games. This situation is 94-47 ATS (66.7 percent) over the last five seasons. 10* (524) Memphis Grizzlies

This is a play on the NEW YORK KNICKS for our NBA Tuesday Enforcer. The Knicks are coming off a 2-2 split on their recent four-game homestand to remain three games over .500 and sit in the No. 7 spot in the Eastern Conference. While they have lost three of their last four games on the road, they are 15-11 on the highway and are still the only team in the NBA with a losing record at home and a winning record on the road. They have thrived in this spot so far this season as they are 6-2 straight up and against the number as road favorites. Orlando is coming off a very impressive four-game roadtrip where it went 3-1 including two straight wins as underdogs against Minnesota and Charlotte. We have been on this team a few times of late as the Magic have one of the best young rosters in the NBA but they are likely to miss the playoffs and have had a tough time putting significant winning streaks together of late as they have not won three straight games since mid-December, going 3-8 in their last 11 games following a win including 0-3 following two straight wins. Here, we play against home underdogs revenging a road loss of 10 points or more, off an upset win as a road underdog. This situation is 38-10 ATS (79.2 percent) over the last five seasons. 10* (517) New York Knicks

This is a play on the MURRAY ST. RACERS for our CBB Tuesday Ultimate Underdog. Drake is rolling with five straight wins to move to 10-4 in the Missouri Valley Conference which is good for a four-way tie for first place. It has not been a complete domination though as the last two wins have come in double overtime and another came by a bucket against Indiana St. and while a big win at Belmont was impressive, the fifth victory was against 0-14 Evansville. The Bulldogs are 4-5 on the road with three of those wins coming during this recent stretch while the fourth one was also in overtime at 2-12 Illinois-Chicago so they are winning, a couple of these could have gone the other way. Murray St. is in the mix as it is 8-6 in the conference so being only two games back is not bad following a 4-5 recent stretch. The Racers are going to be fully ready for this game, not only because they are facing a first place team but because they are coming off a 43-point loss at Indiana St. on Saturday. They are back home where they are 9-1 with the lone loss coming back in December against Southern Illinois and have won five straight since that defeat with two of those wins coming against Bradley and Belmont, both 10-4, as underdogs. 10* (630) Murray St. Racers

This is a play on the MICHIGAN ST. SPARTANS for our Big Ten Game of the Year. Maryland has won four straight games to improve to 7-5 in the Big Ten Conference which is good for a tie for third place with five other teams so every game is huge at this point in the season. The Terrapins have also covered six consecutive games but four of those have come at home with the two road covers being a loss at Purdue where they were a nine-point underdog and most recently Saturday at 1-11 Minnesota. This cover stretch is keeping this number down as it the fact Michigan St. has been struggling. The Spartans have dropped two straight games but those were both away from home at Purdue and at MSG against Rutgers. They have failed to cover their last four games including another one at Indiana and one at home against Iowa where they won by two as a 2.5-point favorite. Michigan St. is not part of that 7-5 group as it is 6-6 in the conference which is good for solo ninth but a win here gives them a chance for a big jump up. The Spartans are 9-2 at home with the losses coming against Purdue by one point and Northwestern way back in early December in their conference opener. 10* (646) Michigan St. Spartans

Matt Fargo is becoming recognized as one of the best and most consistent handicappers in the world. He has been handicapping professionally since his college days and his hard work and dedication have paid off considerably. In his 14 years of handicapping, Fargo has had winning seasons 11 times and has not had only one losing season in the past 10 campaigns. He brings with him numerous high ranking finishes in all sports with 23 Top Tens in the past five years alone including four #1's.

Matt has appeared on numerous radio shows over the last few years giving out sought after information, free plays and spot-on analysis that the bettor needs. He is commonly referred to as "Mr. Analysis" as his game day reports are considered to be some of the finest and most thorough available anywhere. If you want reasoning for a play, Matt gives it to you.

Play Rating will be displayed in each title and range anywhere from 5* to 10* for Premium Plays and 3* for Free Plays.

Enforcer – this is the Signature Play for Matt and is usually backed with a 10* Rating unless otherwise noted.

Supreme Annihilator – this is typically a favorite or a pickem that Matt feels has the opportunity to destroy the line.

Dark Horse Dandy – this is an underdog that is being faded for the wrong reasons and usually has a chance to win a game outright.

Star Attraction – this is a game that can be seen on national television providing great watch and win opportunities.

Total Dominator – while rare, these are the best over/under releases and occur more in football and baseball than any other sports.