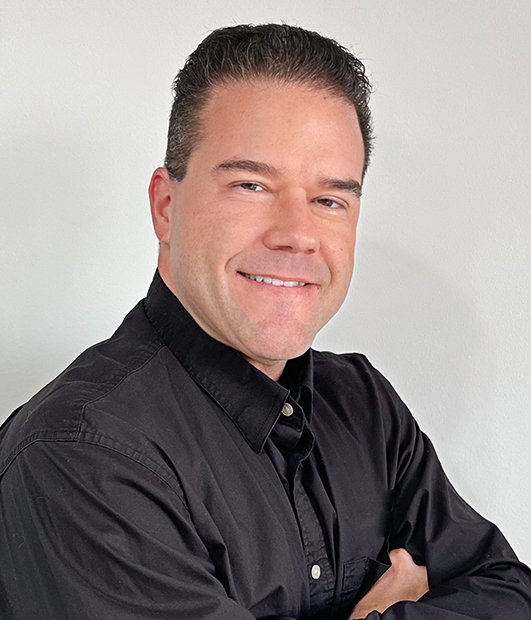 Off HUGE College Hoops SEASON and overall WINNING Basketball SEASON! Has had MULTIPLE Top Ten finishes in NBA and in College Hoops including last season! This subscription includes EVERY CBB PREMIUM PICK he releases through the end of the season PLUS ALL of March Madness - every tournament - too! Join now and start cashing in with ALL of his College Hoops premium picks!

Off HUGE College Hoops SEASON and overall WINNING Basketball SEASON including NBA! Has had MULTIPLE Top Ten finishes in NBA and in College Hoops including last season! This subscription includes EVERY NBA PREMIUM PICK he releases through the end of the NBA Finals so you are getting NBA hoops action from October to June...WOW! Join now and start cashing in with ALL of his NBA premium picks!

Off HUGE College Hoops SEASON and overall WINNING Basketball SEASON! Has had MULTIPLE Top Ten finishes in NBA and in College Hoops including last season! This subscription includes EVERY CBB & NBA PREMIUM PICK he releases through the end of the NBA Finals including ALL of March Madness too! Join now and start cashing in with ALL of his College Hoops and NBA premium picks!

Scott "The Bulldog" Rickenbach did PROFIT AGAIN last season and he ANNUALLY DOMINATES the NHL action! In the last full season prior to last season (remember we had a pandemic impacted year), his most recent full season (2019-20) was his typical DOMINANCE with $34,970 in FULL SEASON net profits! Taking advantage of UNDERDOG value is part of his game and that is why he PROFITED HUGE! Don't miss his FULL SEASON of NHL including ALL the post-season action! You can enjoy 9 MONTHS of NHL action from October 2022 through June 2023! Hockey EXPERT!

#1 RANKED ON THE SITE is how he finished the most recent CFL Season as he cashed in 63% of his picks! Football Guru Scott "The Bulldog" Rickenbach is known for NFL and College Football success (with NFL his specialty) but he also has proven he can DOMINATE the action north of the border too in the Canadian Football League. 36-21 last season and ready to WIN HUGE AGAIN so join HERE for his FULL SEASON package!

NHL Tuesday 10* Top Play OVER 5.5 in NY Islanders vs Seattle Kraken @ 7:35 ET - We get a very low total to work with here because the Islanders are involved. However, they are in a B2B spot here and Varlamov played last night which means it will likely be Sorokin in goal tonight. Sorokin played in the All Star game and did have a shutout in his most recent start prior to the break. However, prior to this he allowed an average of 4 goals per game over his 3 prior starts. He has not been as strong as Varlamov. Also, this will be the home ice debut for New York's big-name addition with Bo Harvat coming on board. The Isles have needed to have some offensive production and I am looking for a strong effort tonight after the divisional win at Philly last night. Islanders will see a higher-scoring game here as having a game under their belt after the break should allow them the early edge over the Kraken but I do expect Seattle to come roaring back in this one too. The Kraken have won 11 of 15 games and scored an average of 4 goals per game during this 15-game stretch. Seattle has allowed 5 goals in each of last two road games and also just allowed 5 goals in most recent home loss too! Take advantage of the low number here as this one has strong odds of getting to at least 6 goals. 10* OVER 5.5 in New York Islanders

NHL Tuesday 10* Top Play OVER 6 in Chicago Blackhawks vs Anaheim Ducks @ 8:35 ET - Like the fact that Ducks played last night but lost in shootout at Dallas. Anaheim shoot skate well here in the B2B but will have a rusty Stolarz between the net most likely since Gibson played last night. Speaking of rusty, the Blackhawks coming back from the All-Star break so I don't expect either of their goalies to be sharp here. The Ducks are off B2B lower-scoring games but this followed 10 straight games that totaled 7 goals or more and those 10 averaged 8 goals apiece! Chicago has averaged 3.5 goals scored per game last 10 games but also has a goalie issue here. Stalock has been out because of a concussion. Stauber is young and unproven so don't put too much stock into his first couple of NHL games. Mrazek likely to get most of the starts and he has allowed 11 goals in his last two starts. 10* OVER 6 in Chicago

CBB Tuesday 10* Top Play Indiana Hoosiers -4 vs Rutgers Scarlet Knights @ 6:30 ET - As the saying goes, if it was too easy everyone would be doing it! That theory applies here. The Hoosiers were a 5 point favorite and are already down to a -4 in early market movement. Why? Because everyone knows they just knocked off the best team in the country when they beat Purdue this past weekend. So that's it, right? It is that easy? Just fade Hoosiers because they beat the #1 team in the country and the fans stormed the court after the game? Ladies and gentlemen, nothing is automatic in this business and nothing is truly easy. The fact here is a quote from Indiana star Trayce Jackson-Davis tells you the key info you really need to know here. What did he reference after the big win over the Boilermakers? Rutgers! Why? Because he was saying that ever since they got drilled by the Scarlet Knights early this season in their Big Ten opener they have toughened up and been a different team. All that said, and this revenge game being at home, you know Jackson-Davis and the Hoosiers are going to bring it in this game! They want payback for being held to just 48 points in the first match-up at Rutgers earlier this season. So this is a classic case where the public views this game in a certain way and the market moves it in the same way and we get line value fading the movement! I love spots like this and feel the Hoosiers get their revenge in a big way on their home court here. The Scarlet Knights have gone 2-4 in road games this season and the Hoosiers are 12-1 in home games! Rutgers last 3 Big Ten losses all by double digits and that includes 0-2 in last two road games. Hoosiers get payback for having one of their worst games of the season against these guys earlier this year. 10* INDIANA -4

NBA Tuesday 10* Top Play Orlando Magic +1.5 or +2 vs New York Knicks @ 7:10 ET - This is a great spot to fade the Knicks. Look for the defensive intensity for the Knicks to be lacking in this one. New York is off that huge comeback win over division rival Philly on Sunday. The Knicks held them to just 18 points in the 4th quarter as they rallied for the win. On deck for New York is a trip to that same division rival, in Philadelphia this time. That said, this is a horrible scheduling spot for the Knicks and let us not forget they had lost 7 of 10 games before the shocking win over the 76ers. As for the Magic, they are rested and at home and have won 6 of last 10 games overall. Also, they had won 9 of last 12 home games prior to losing the most recent one so look for a big bounce back effort from the hosts in this one! 10* ORLANDO +1.5 or +2

2022-23 German DFB Pokal, Round of 16, Tuesday 10* Top Play OVER 2.5 goals -130 in Sandhausen vs Freiburg @ Noon ET - Should see plenty of goals in this one. Freiburg is both scoring and allowing 1.6 goals per match in Bundesliga action. Sandhausen is the 2nd level of Bundesliga and is allowing 1.8 goals per match this season but is scoring an average of 1.3 goals per match as a host. I also like the fact that Freiburg has seen 5 of last 6 matches total at least 4 goals. Again, we only need 3 goals to be a winner here. As for Sandhausen, 8 of last 9 matches have totaled at least 3 goals! I know Freiburg is the better team and off a loss in which they played a man short and ended up getting throttled. So, from that perspective, they will want to be much better in their own end of the pitch here. However, they have consistently allowed quite a few goals this season and plus this one has Sandhausen as the host. That said, the home club will get on the board but I would certainly expect the higher quality team to get at least 2 or 3 of their own in this one as well. Freiburg likely to get to 3 by themselves but, if not, at least a 2-1 final here the way I see it. 10* OVER 2.5 goals -130 in Sandhausen

Scott "The Bulldog" Rickenbach ranks among the most consistent and reliable handicappers in the industry on a year in and year out basis. With his affinity for statistics (truly a "numbers whiz") Scott naturally chose a career in business in 1993 when he earned his 4-year university degree (Bachelor of Business Administration) and, in the same year, passed all 4 parts of the CPA (Certified Public Accountant) exam on the first sitting. As a CPA, Scott's business acumen led to razor sharp money management skills. His "sharp line analysis" assures clients get the most "bang for their buck." Rickenbach ultimately chose his true passion (high level sports analysis) over high finance. Now 46 and in his prime, Scott brings decades of experience in full tilt sports research to the table. He’s been handicapping on the professional level for 15 years and prides himself on the fact that documented records exist for each and every selection he makes. His decade plus of documented results in the industry have included a wealth of top five finishes in all of the sports. This has included many #1 net profit rankings for multiple seasons and multiple sports including high ranking finishes in NFL, NCAAF, NBA, NCAAB, NHL, CFL and MLB. The nickname? A bulldog is a breed known for its courageousness, tenacity and determination. Scott earned the nickname, “The Bulldog” for his tenacious pursuit of profits and an unrelenting work ethic to be a top handicapper in the industry. Scott has built a deep client base and loyal following because of his consistent results and honest and open approach to handicapping. Join "The Bulldog" today and you'll see the integrity and professionalism shine through.