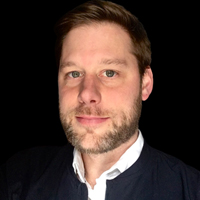 Sean SWEPT his sides on Conference Championship Sunday, cashing the Eagles and Chiefs. He nailed his top plays in each of the last two Super Bowls with the Bucs two years ago and the Bengals-Rams first half 'under' last year. Murph is 5-1 on 10* plays in this year's NFL Playoffs. He's riding a RED HOT 43-24 NFL sides run and a STELLAR 60-37 run on 10* NFL sides. Enough said. Get the Chiefs-Eagles winner right here!

Sean makes it 14 out of his last 19 NBA big ticket o/u winners and extends his STELLAR 147-114 NBA totals run with his ONE and ONLY 10* Non-Conference Total of the Year for the 22-23 season on Wednesday! Murph says this one sets up PERFECTLY to cash at the end of the night; find out the reasons why with his in-depth analysis inside!

Sean owns a TERRIFIC 68-53-3 NFL record this season and he's putting it to the test with Sunday's Super Bowl 'first half' o/u best bet featuring the Chiefs vs. Eagles! If you enjoyed last year's first half winner with the 'under', you'll absolutely LOVE this one; hop on board right here and make plans to COLLECT in half the time!

Get ALL of Sean's winners across all sports for three days inside this all-inclusive package! It's the PERFECT option to put this 18-year handicapping veteran to work for you today!

*This subscription currently includes 1 NBA pick but more may be added during the term of the subscription.

Get ALL of Sean's winners in ALL sports for seven days for one all-inclusive price! Now is the PERFECT time to hop on board with this 18-year handicapping veteran!

*This subscription currently includes 3 picks (1 NBA, 2 NFL) but more may be added during the term of the subscription.

Get ALL of Sean's winners in ALL sports for 31 days for one all-inclusive price! Football season is here - this is the PERFECT time to hop on board with this 18-year handicapping veteran!

*This subscription currently includes 3 picks (1 NBA, 2 NFL) but more may be added during the term of the subscription.

Get ALL of Sean's CBB winners from opening tipoff through the Final Four for one all-inclusive price!

Get ALL of Sean's NBA winners from opening tipoff through the end of the NBA Finals with this all-inclusive basketball package!

*This subscription currently includes 1 NBA pick but more may be added during the term of the subscription.

Get ALL of Sean's NHL winners from opening night through the Stanley Cup Final for one all-inclusive price!

ACC Total of the Week. My selection is on the 'over' between Louisville and Pittsburgh at 7 pm et on Tuesday.

The first meeting between these two teams fizzled this season as Pittsburgh rolled to a 75-54 road win on January 18th. We're working with a lower posted total this time around and I believe it will prove too low. Louisville has shown some signs of life offensively of late, knocking down 25 or more field goals in three of its last four games. The Cardinals had their share of opportunities in that first meeting with Pitt but simply couldn't convert, making good on just 19 field goals. It's not as if Pitt is a defensive juggernaut. The Panthers have allowed 10 of their last 11 opponents to knock down at least 23 field goals. They were fortunate last time out that North Carolina had an off night shooting, as the Tar Heels actually got off a whopping 66 field goal attempts, but could only hit 23 of them. Here, I'm just not convinced we see a peak performance from the Pitt defense against an opponent it has already manhandled this season. On the flip side, the Panthers figure to take advantage of an awful Louisville defense that has seemingly gotten even looser lately, allowing three straight opponents to get off more than 60 FG attempts. Pitt enters this contest having made good on 28, 26 and 25 field goals over its last three games and has hoisted up 55 or more FG attempts in seven of its last eight overall. Take the over (10*).

My selection is on Detroit +1.5 goals over Edmonton at 7:35 pm et on Tuesday.

These two teams went into the All-Star break heading in opposite directions with the Oilers coming off a 7-3 thrashing of the Blackhawks and the Red Wings dropping a 2-0 decision against the Islanders. Here, I'll gladly grab the insurance goal with Detroit at home. Note that Edmonton is just 13-18 when coming off six or seven wins in its last eight games over the last two seasons, as is the case here, outscored by an average margin of 0.1 goal in that situation. This season, the Oilers have gone 7-11 when coming off a win by two or more goals, only managing to outscore opponents by 0.1 goal on average in that spot. Meanwhile, the Red Wings are 12-7 when playing on home ice after being held to a goal or less in their previous game over the last three seasons, outscoring the opposition by an average margin of 0.1 goal in that spot. The home team went 2-0 in this series last season with both teams tallying a total of nine goals. Take Detroit +1.5 goals (8*).

Sean Murphy made his professional debut as lead handicapper for Pat Miller Sports in 2003, continuing on with The Miller Group from 2006 through 2009.  Sean broke away to found his own sports service in September 2009 and has now delivered 12 of 17 winning NFL seasons.  Sean’s also cashed big in NCAA Football, as he’s won each of the last 3 seasons, recording wins with 57% of his overall bets.  A key factor in Sean’s success is his knack for Over/Unders, which is no surprise given Sean’s reputation as a ‘numbers guru.’  Indeed, Sean’s knack for handling numbers is deep-rooted.  He owns a business degree, with a major in finance, and is a member of the prestigious Beta Gamma Sigma honor society for business students and scholars.     Although Sean took a circuitous route to become a professional handicapper, sports betting has been a part of his life for as long as he can remember.  In fact, he still fondly recalls his first successful venture into sports betting – a winning three-game NFL ‘Pro-Line’ parlay (offered by the Canadian lottery) when he was just 12 years old.  Sean — along with the rest of his 7th grade class — was hooked.  His passion for sports is unmatched.  The phrase “find something you love to do and you’ll never ‘work’ a day in your life” is Murph's mantra.  Sean's love for numbers, combined with his passion for sports, makes a career in sports handicapping the perfect fit.     After building The Miller Group from the ground up, and turning it into one of America’s most respected handicapping services, Sean has continued to prosper as an independent, thanks to an honest approach and strong belief in delivering value to the customer.  Sean’s selections are based on his extensive knowledge of the game, and his approach is both situational and statistical.  He prides himself on going against the majority and thinking outside the box, and his unique analysis keeps his clients coming back.  When you purchase one of Sean’s selections, you can al2-4 on Tuesday as Sean looks to bounce back with NBA, NHL and college hoops action on Wedne2-4 on Tuesday as Sean looks to bounce back with NBA, NHL and college hoops action on Wednesday. Individual plays or long-term subscription packages available.sday. Individual plays or long-term subscription packages available.ways count on insightful and expert information to back it up.  Sean rates all of his plays from 8* to 10* with free plays qualifying as 8* releases, and the majority of his selections warranting a 10* designation.  As you would expect, the higher the rating, the stronger the play.