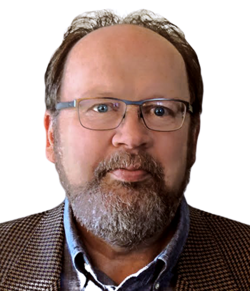 I settled for splits in College and Pro Basketball on Monday. Look for better results tomorrow. College Hoops continues at a TORRID 31-15-1 run! I'm +$40,740 and hitting 60% in All Sports over the L2 months

After a solid NFL season, especially with sides, it all comes down to Super Sunday.  Here is everything you need to know, ready and waiting. I won both Side and Total in the Super Bowl last year and will settle for nothing less on Sunday!!

1 day All Sports subscription of Will Rogers

Get Will Rogers' ENTIRE card for the day at one low price!

3 days All Sports subscription of Will Rogers

Get every pick for the next THREE days from Will Rogers. This is one of our **MOST POPULAR** packages!

WILL ROGERS 7-DAYS ALL SPORTS!

Get 7 days all inclusive from Will Rogers! Check back all the time for updates, depending on which sport The Coach is currently dominating (KILLING College hoops right now, check out home page for more streaks and updates!)

30 days All Sports subscription of Will Rogers

Get every play from Will Rogers for the next 30 days!

This subscription includes EVERY NFL PREMIUM PICK I release through the Super Bowl! Join now and start cashing in on more winners!

Get every single selection released by this handicapper in the NHL over the course of the ENTIRE season! That is every side, every total, every puck line and every top play through the end of the Stanley Cup Finals!

The Predators ran up three straight victories, winning 5 of 6 leading up to the All-star break.  While just .500 for the season, they have been much better in the second half.  Vegas is a good road team but has struggled in the second half, and are still a victim of the injury bug.  They continue to get solid goal-tending from Thompson, but are up against a rare game-altering net-minder in Saros, whose 92% save % has kept Nashville in many games.
With Mark Stone out and Eichel under-performing, the Knights' offense hasn't been strong lately, scoring just 5 goals in their four straight losses before the break.  Meanwhile the Preds are overachieving on offense, managing 13 goals against tough opposition in their three victories leading up to the Break.
I favor Saros and the Preds today, as were the odds-makers. I am not convinced that the Golden Knights will bounce back from their recent funk. Take Nashville, in a game that is now a pick-em, to win at home.

But I’m looking to fade the Magic here as the oddsmakers have started to give them too much respect. They are still just 12-19 SU vs. teams that are .500 or better.

The Knicks are 29-26 SU following a thrilling comeback win over the Sixers on Sunday. I had NY plus the points in that one. Now they go from home dogs to road favorites. This season, NY is 6-2 ATS laying points away from home.

We’ve got some late night action in the Mountain West with New Mexico hosting Nevada. This is expected to be a high-scoring affair, but I think oddsmakers set the total too high.

Now the last time these teams met, it was a 97-94 final. That game went to double overtime. It was tied 78-78 at the end of regulation. We need a lower-scoring 40 minutes tonight, obviously, and I think we’ll get it.

New Mexico was actually the last unbeaten team in the country. But they’ve lost four of nine since that 14-0 start and have scored below their season average in all nine of those contests.

Nevada has seen four of its last five games ended with 141 or less total points scored.

I know it’s scary to go with the Under when both teams have been regularly going Over of late. But this O/U line looks to be inflated. New Mexico holds teams to 30.3% from three-point range and Nevada only averages 68.2 points/game on the road. 10*

There is currently a four-way tie for first place in the Missouri Valley. Drake is one of those four teams tied for the top spot following back to back double overtime wins.

The Bulldogs have won five straight and eight of nine overall. They did not cover in the three-point win at Valpo on Saturday as they were 8.5 point favorites. But the spread is smaller for tonight’s visit to Murray State and I think they cover this number.

Murray State is two games back of the top four and coming off a horrible loss, 99-56 at Indiana State. Things didn’t go much better when they faced Drake the first time as that was an 18-point loss for the Racers.

While they did recently beat Belmont (by 1) here at home, Murray State is just 4-5 SU over its last nine games and two of those four wins came by three points or less.

It’s always tempting to take the points at home, but in this case Drake has already demonstrated it is the better team. Yes, coming off two straight 2OT games is tough as well. But the Bulldogs are being undervalued because of that. Lay it. 8*

Service Will Rogers's Bio & About Section

Will Rogers believes that there is always value somewhere, and he wants to help you find it. Rogers is here to serve as your personal guide through the world of sports investing. He will help you navigate through both opportunities and pitfalls with the one goal to help you make money.

These are some of the many attributes Rogers brings to the table.

Success: A proven winner in every walk of life.

Vision: A laser-like ability to focus on relevant data.

Resources: A team of proven handicappers.  A vast network of contacts.

Before committing to sports investing full-time Rogers was working as a trouble shooter.  He was analyzing and resolving issues in failing workplaces. Rogers' career was intense and pressure-filled but he never stopped loving or following sports. With the advent of the Internet, participating in fantasy pools and investing in sports was a natural progression. Success followed.

Rogers officially turned "pro" in 2013. Since then, he's found success in EVERY sport. Right off the bat, his 2013 NHL season was nothing short of phenomenal. He won 67% of ALL plays (for the season!), going 97-48-4 and finishing +$24,786 in net profit! But many consider his most impressive achievement to date to be his incredible performance in the 2014 NFL playoffs. He was 18-3 overall, showing profits of more than +$13,000, and of course he had the Seahawks in the Super Bowl. Not to be outdone, in 2015, Rogers put together an outstanding College Football regular season (+$13,944).Most recently, NBA was Rogers' biggest MONEY-MAKER! He just finished the (2016-17) season by going 116-67-6 with sides and on an overall 17-7 playoff run (4-1 Finals).For whatever reason, May has ALWAYS been Rogers "time of year." 2016 saw him turn a $25,358 profit for the month. Incredibly, May of '17 was EVEN MORE PROFITABLE at $27,960.But even though NBA is now over, don't expect the profits to stop ROLLING in. Rogers has been *ON FIRE* throughout the first half of the MLB season!

Rogers takes a conservative long-term approach to investing on sports.  He has seen too many sharp handicappers done in by mismanaging their money.

He's not interested in unnecessary risk and/or high volatility. He's confident in his abilities.  But, he keeps his wager sizes to a small percentage of his bankroll and consistent.  He's content in the knowledge that his long-term strategy will produce profits.

A 10* rated play represents 0.5 percent of his bankroll.

Rogers and his team take pride in their day-to-day knowledge about every team on the board. They have a wide variety of proven handicapping techniques in their arsenal. Knowing when to utilize and employ is key. Quite frankly, methods will vary from day-to-day, sport-to-sport and week-to-week. Nothing works forever. An ability to shift on the fly and to adjust to changing market conditions keeps the Rogers' group ahead of the curve.

Quote: "Even if you are on the right track, you'll get run over if you just sit there."